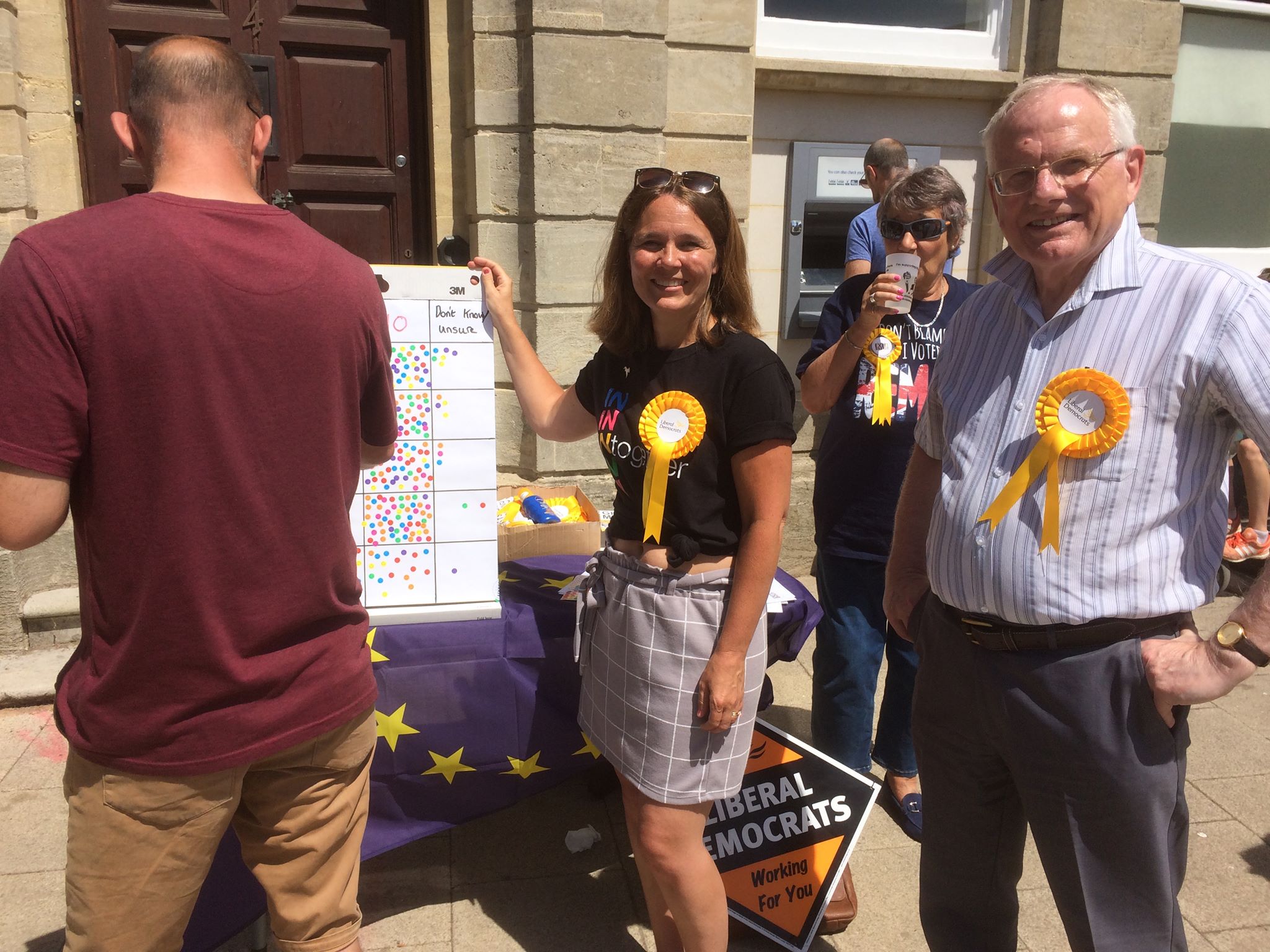 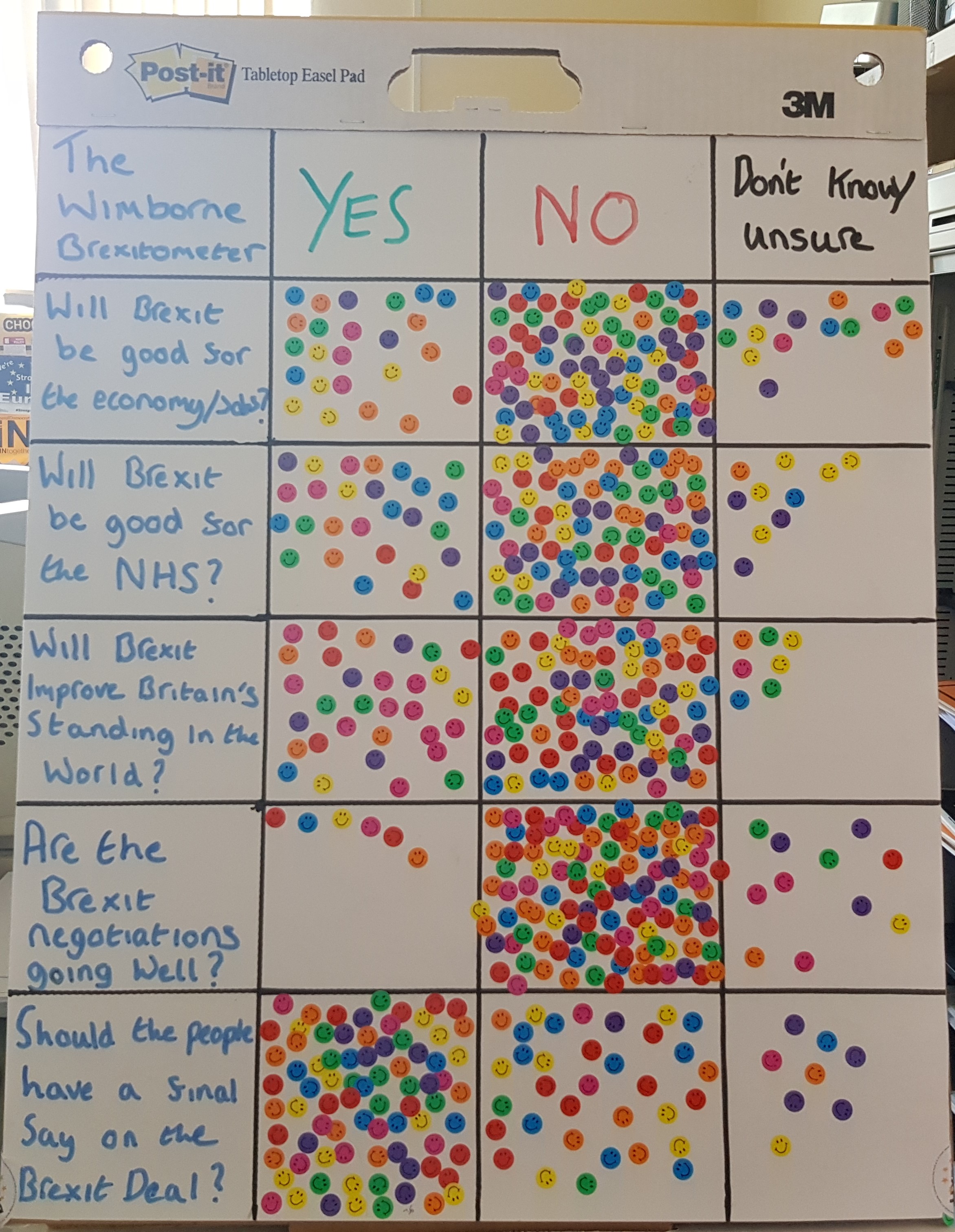 On Friday the 23rd local Liberal Democrats braved Britain's heatwave to engage with the people of Wimborne and seek their views on the current Brexit process. Many of our Councillors, candidates and activists spent several hours in the sweltering sun to discuss the most important national issue with local people.

The results really shocked us. Wimborne, an area that voted leave quite heavily in the referendum, simply has no confidence in our Prime Minister or government. Leavers and Remainers were seriously dissatisfied with the government's handling of Brexit - only 5% of nearly 150 respondents felt the negotiations were going well. Recent resignations may well be enough to make even them rethink that!

Perhaps most significantly for us as Liberal Democrats, is that 2/3rds of respondents - many of whom were leavers - felt that the people should have a final say on the Brexit deal, recent national polling suggests the same. Hopefully the government will begin to listen to the people of Wimborne and Britain. Have you signed the People's Vote petition? Join over 200,000 people and put some pressure on the government. SIGN HERE

As our first Brexitometer was such a huge success for Mid Dorset Lib Dem's that we will hopefully soon begin touring it across the constituency!