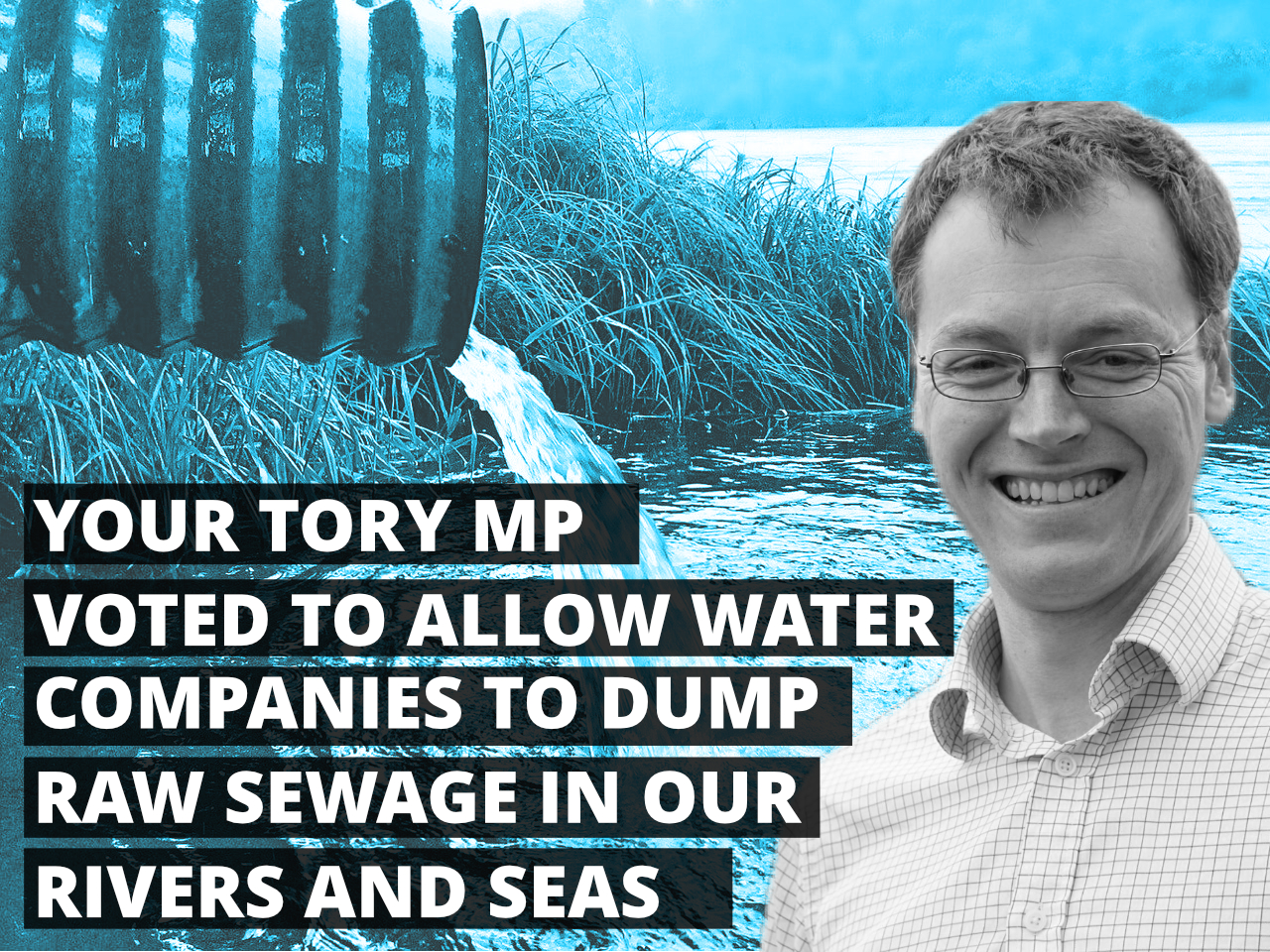 Michael is the MP for both Poole Bay and parts of the Rivers Stour, Frome and Piddle all of which have been subject to ever increasing levels of excrement and nitrate pollution from agriculture. One of the reasons for this is the difficulty in accessing the chemicals required to treat waste, an unintended consequence of Brexit, and so the only avenue is to pump it into rivers and seas.

Michael knows that Poole Bay is an important natural environment for shellfish farming, wildlife and tourism. To vote to allow pumping sewage into our waters rather than dealing with our failing Victorian waste infrastructure is a betrayal of his constituency and residents.

“We must, urgently, improve the natural environment that we live in. This includes removing harmful products from our oceans and protecting our sensitive ecological environment”

Yet his actions in parliament are directly at odds with his own words.

If you believe you deserve better from the MP elected to represent you, please get in contact with him urgently – there is a further vote on the Environment Bill on 27th October. His details can be found here.

This is part of a long voting pattern with Mr Tomlinson voting against the interests of his constituents to support the interests of his party. If you would like to help us elect a hard-working local MP who will fight for Mid Dorset & North Poole and its residents, sign up and get involved.