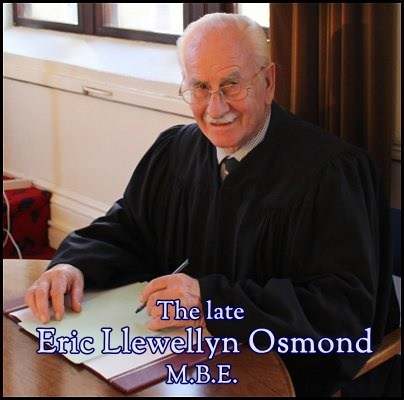 Arguably Eric's greatest contribution to the Town was as the founder and Chairman of the Wareham in Bloom Committee which lead to the Town winning many awards in the South and South East in Bloom and Britain in Bloom Competitions. He was known by many as "Mr Wareham in Bloom" - not just chairing the meetings but hands on helping to installing the displays and being up with the lark to water the flowers.

Eric was awarded the M.B.E. in the 2013 Queen's New Year’s Honours for services to local government and in particular for his work for and chairmanship of Wareham in Bloom.

In 2003 Eric was elected to Purbeck District Council where he served until 2015, with three years as Chair of the Council from 2010 to 2013.  Eric and his wife Renate were committed members of the local Liberal Democrat team, campaigning on various issues but also to be seen at the various social and fundraising events and he will be sorely missed by us all.