The changing landscape around Bearwood 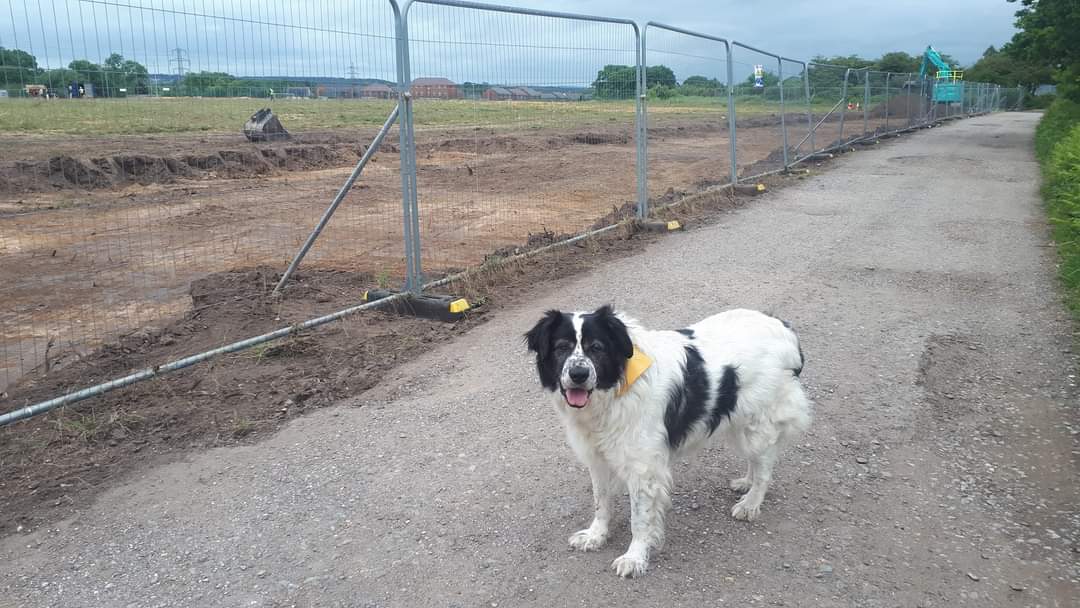 Some of you may have noticed that works are moving on alongside Bridleway No.129, the track from Wheelers Lane to Canford Heath, as shrubs and vegetation have been cleared in recent days. This area will be a commercial area with planning permission given around 5 years ago for industrial units. Ward Councillors opposed this development and Poole Council refused permission, but it was appealed and the Planning Inspectorate overturned the refusal, giving permission for 16,000 sq.m. of commercial space.

The landowners also set up the dog exercise areas next to this to help divert people away from the more sensitive heathland habitats.
Details and layouts of the "Magna Park" are available online: Click here

Alongside Bearwood Primary School the field has recently been fenced off and initial works are commencing for the development of 45 new houses and flats with a children's play area. Ward councillors Cllr Richard Burton, Cllr David Brown and Cllr Marcus Andrews spoke against this development at the Planning Committee in January as there were aspects we weren't happy with. Planning permission was granted, but we were successful in getting some improvements before it was approved. There will be 13 affordable rented homes and 5 shared ownership homes as well as 27 homes for sale.