Vince Cable: "The Liberal Democrats offer a compassionate, positive vision for the future - investment in public services, support for businesses to create jobs and a fairer deal for young people." 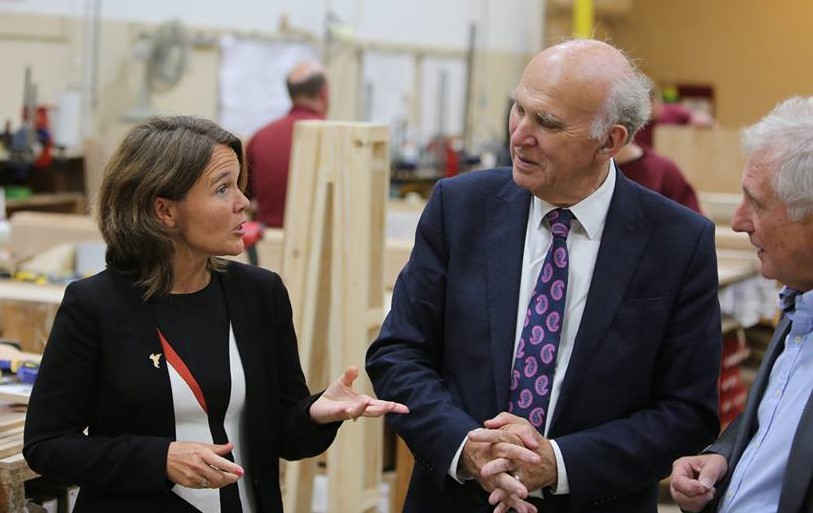 Vince Cable has set out his priorities for a better future for Britain as the new leader of the Liberal Democrats.

Vince - widely respected for his experience and economic expertise wants the Lib Dems to lead on education, the economy and the NHS.

This Autumn, Vince visited local businesses in Dorset supporting the apprenticeship scheme and investing in young people by training them.

“I am ambitious for Britain. I want the Liberal Democrats to represent the many millions of people who share our values,” Vince said.

“The Conservatives are in disarray more focused on infighting than leading the country. With the economy approaching the Brexit iceberg, only the Liberal Democrats will make the case for taking the country in a new direction.

“We must make sure Brexit does not mean we lose sight of other vital issues like securing fairer funding for the NHS, especially mental health and social care. The Lib Dems would put 1p on income tax to raise an extra £6 billion a year for our NHS.

“And with our schools under severe financial pressure, we will lead the fight for extra teachers and funding aimed at supporting those who need it most.

“The Liberal Democrats offer a compassionate, positive vision for the future - investment in public services, support for businesses to create jobs and a fairer deal for young people.

“For anyone who shares our values and our aims I ask you to join us. With your help, we can affect real, positive change for Britain.”