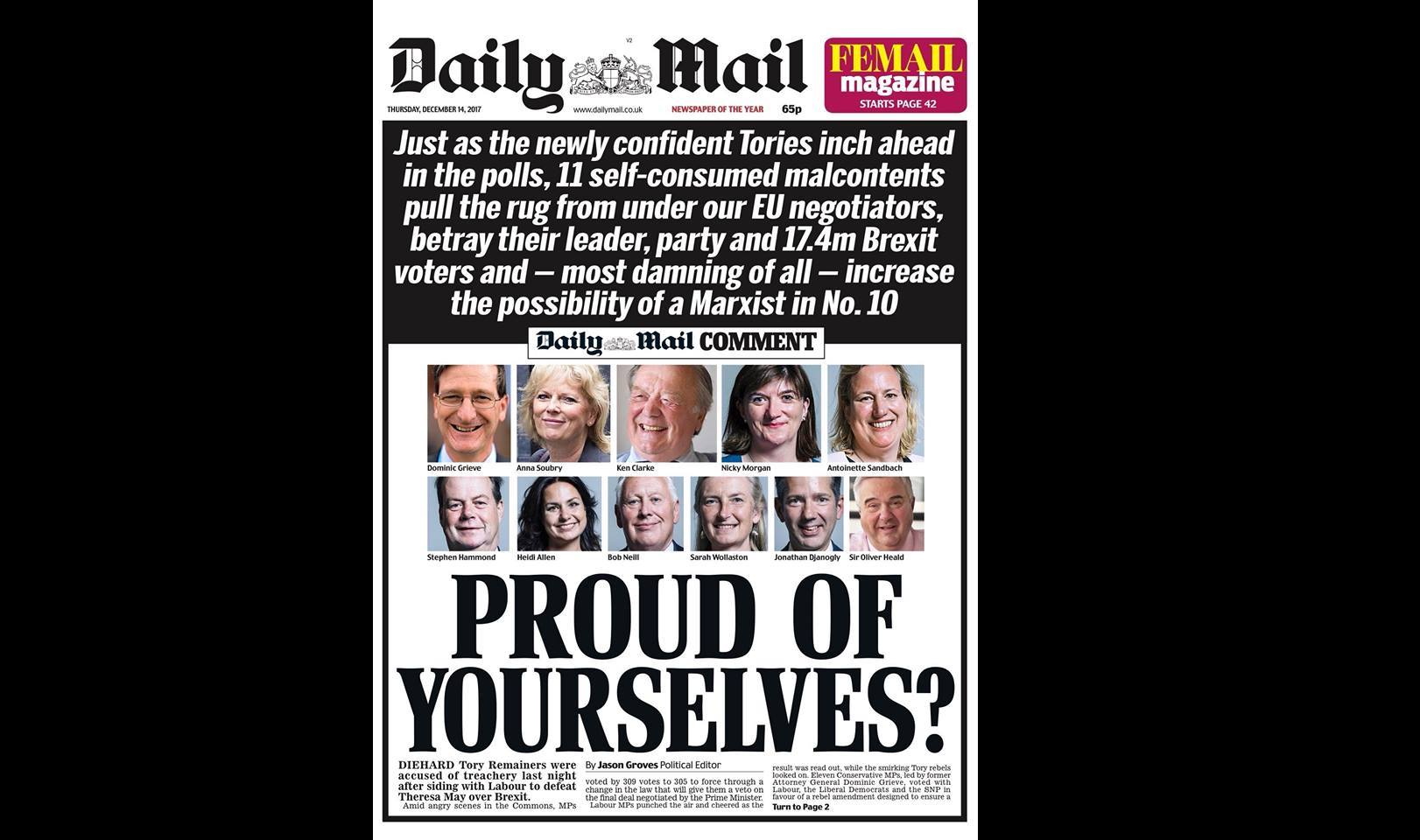 "We should all be thankful to these MPs for defying their whip and standing up for the sovereignty of Parliament. We elect people to represent us and whether we were remain or leave, it is our politicians' jobs to scrutinise the work of the Government and to approve it ONLY when it is of the highest quality. If the final deal is good for the UK then the Government, and Theresa May in particular should have had nothing to fear from a meaningful vote.

I for one am proud of these 11, but incredibly disappointed that, of the two local Tory MPs I contacted to ask them to be bold, one said he "was sympathetic to the amendment but thought the Government was doing a good job" and the other one didn't even bother to reply!"