Killing eagles is a crime and should be thoroughly investigated 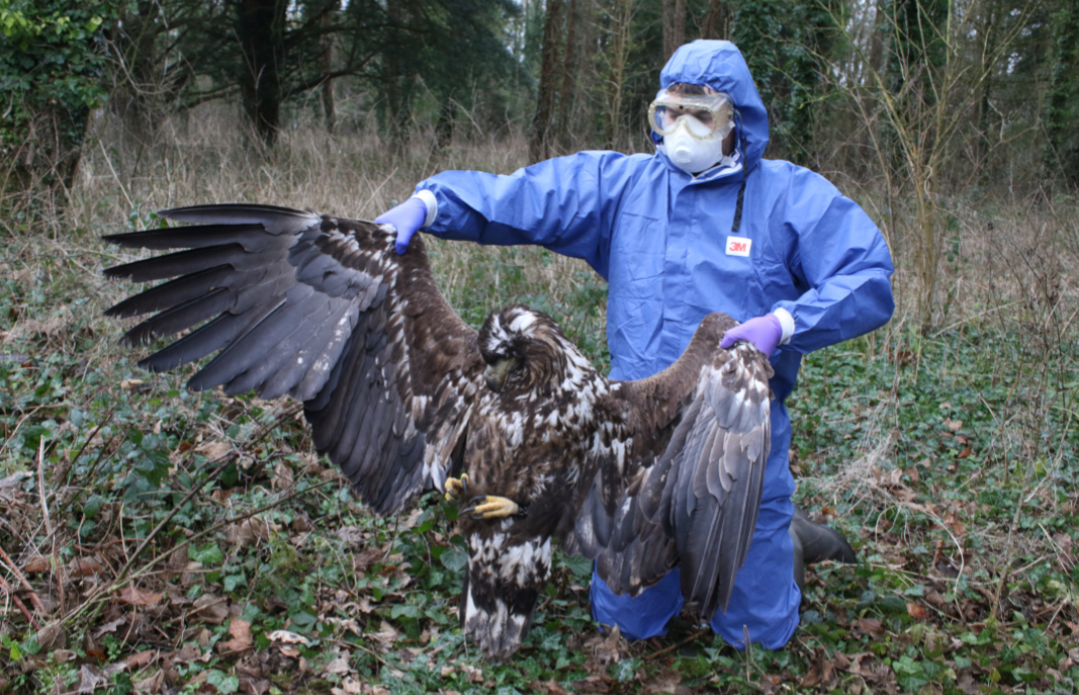 With the increasing numbers of species that were once either extremely rare or none existent in this country such as egrets and ibis, these are exciting times for wildlife. However these birds have been eclipsed by the reintroduction programmes of ospreys in Poole Harbour and white tailed eagles on the Isle Of Wight.

While ospreys are indeed impressive birds they are often overshadowed by the white tailed eagle. A bird with an 8 foot wingspan that is a native to these shores but has been absent since 1860 when the last bird was killed.

Cllr Andrew Starr said: “It was with great sadness that I read about one of the Isle Of Wight bred birds, that had been seen several times in Poole Harbour, found dead elsewhere in Dorset. Killed, it transpires, with rat poison. Sadly it isn’t the only bird to suffer such a fate as there have been reports of a number of buzzards and a red kite being found dead.

It must not be forgotten that all of these killings are criminal offences.

The eagles that have been reintroduced are part of a licensed programme aimed at righting some of the wrongs that we have brought against our natural environment and the creatures that live alongside us. Bringing these magnificent birds back to us has been a project that has taken many years of dedication and a considerable amount of money.

To kill any bird that is on the British list is against the law and is a crime against us all.

Cllr Andrew Starr has spoken to the Police and Crime Commissioner about this and said: “he has assured me that he sees crimes of this nature as one of his priorities. However I’m afraid it does not seem to be a priority of one local Conservative MP who has made it clear that he does not think that the police should spend too much time investigating it. Well I would say that it is a crime and should be thoroughly investigated, after all, the very act of baiting carrion with rat poison is in itself a crime and one that could not only lead to the slow death of many wild animals but is also a threat to domestic pets.”