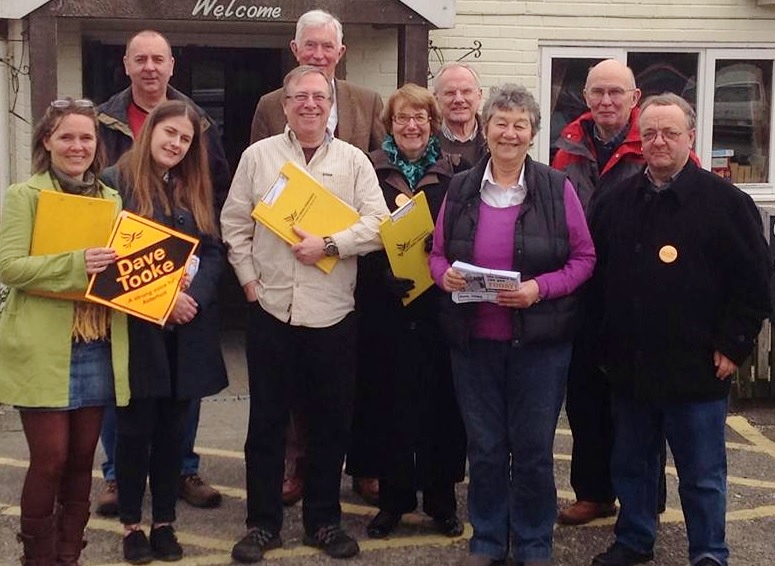 Dorset's Liberal Democrats came within just 8 votes of winning the recent EDDC by-election having not contested the seat since 2008.

They fought their campaign on a range of issues that mattered to residents including the Tory led council's cuts to rural bus services and cuts to youth services.

Community champion and Lib Dem candidate, Dave Tooke, who has lived in Alderholt for 30 years and has been involved in numerous community activities including chairing the parish council claimed 46.5% of the votes.

Hugo Mieville, parliamentary spokesperson for North Dorset Lib Dems said: "This result shows that the Lib Dems are indeed fighting back. Dave worked incredibly hard during the campaign and couldn't have been a better candidate. After meeting lots of residents on the doorstep, it's clear that there is a level dissatisfaction for the Conservative Council's cuts to vital services."

The by-election was caused by the resignation of the Conservative Leader of the Council following the refusal of the majority of his Conservative colleagues to back his proposal to join Poole, Bournemouth and Christchurch in a new Super Council.

You can read the article in the Bournemouth Echo by clicking here.