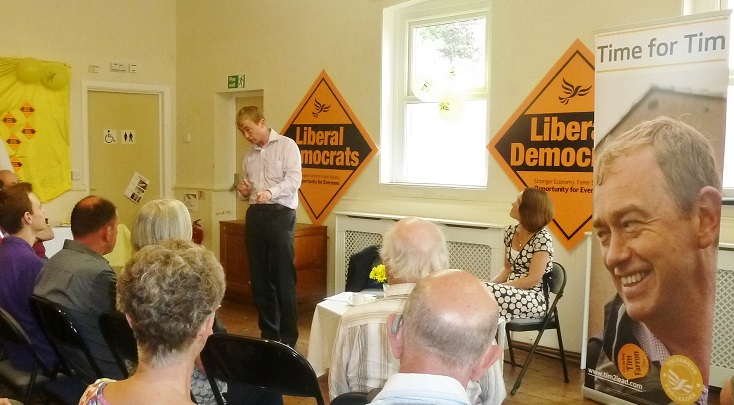 He was particularly optimistic about the future of the Liberal Democrats and argued that there is an important place for the party in the future of British politics.

After the event, Tim sped off to Southampton to take part in a leadership debate opposite his opponent, Norman Lamb.

Tim currently has a range of endorsements from within the party with Simon Hughes and Jo Swinson backing him.

The Liberal Democrat Party is democratic and members will have the opportunity to vote on their choice of leader in coming weeks.

To find out more about Tim Farron and his campaign, click here.