Over 18,000 new members as Lib Dems set out commitment to Europe

Mid Dorset and North Poole Liberal Democrats have been welcoming many new members, part of over 18,000 who have joined the party nationwide since the EU referendum.

Parliamentary spokesperson, Vikki Slade said: "We are delighted to welcome so many people to the party. It's clear that people feel politicians and institutions are out of touch and have let them down. 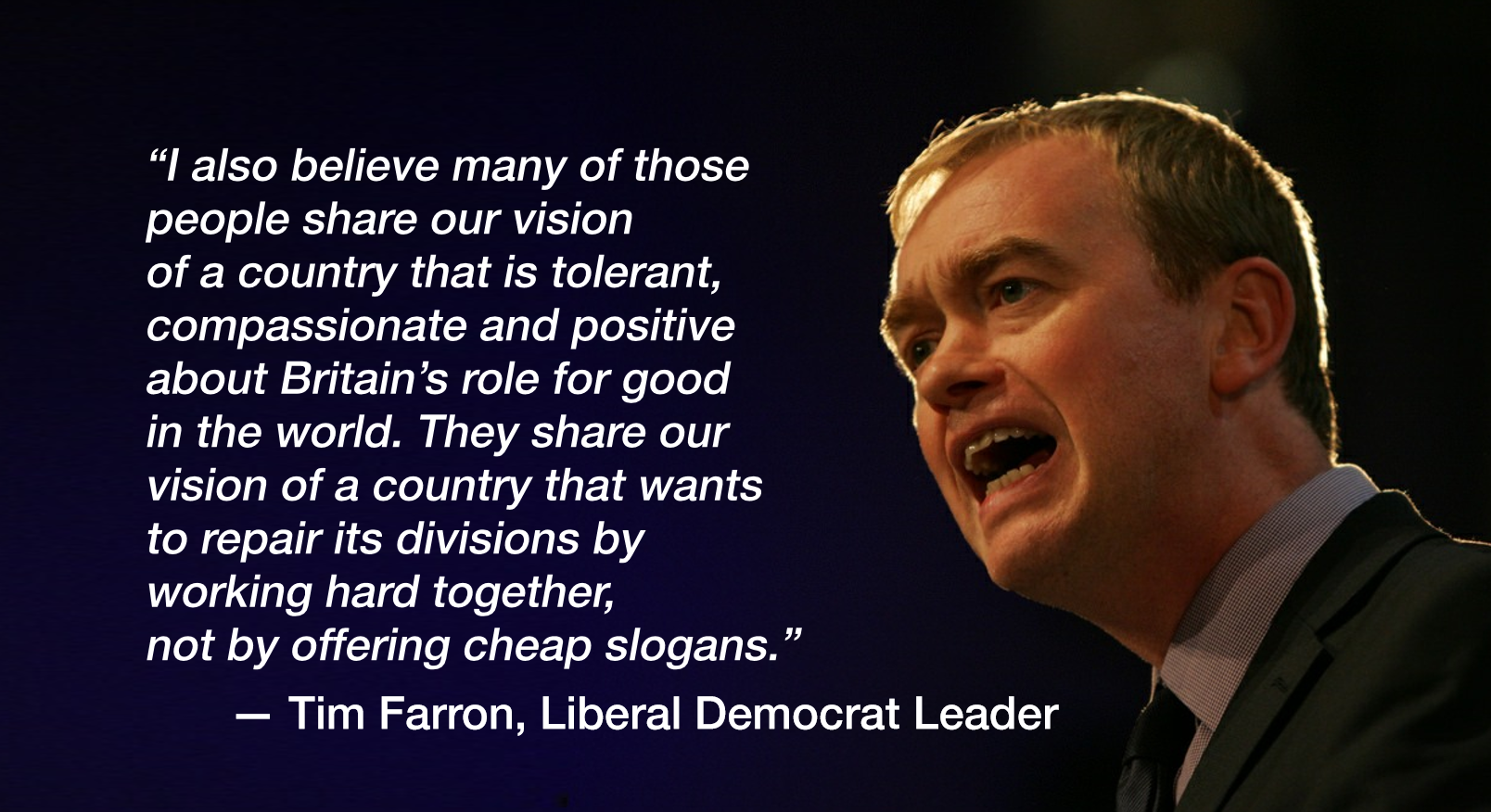 "Only the Liberal Democrats are an open, optimistic and united party committed to spreading opportunity for the next generation and focus on re-building the British economy to protect jobs and services. That's why our local membership has grown by over 15% in the last month alone."

In a message to members, Lib Dem leader, Tim Farron MP, set out the party's belief that the UK's prosperity is best served as part of the European Union:

"Liberal Democrats have always believed that Britain should be outward facing, collaborating with other countries to tackle global challenges. Our membership of the European Union allows us to do that.

Britain has now voted to leave. The margin of victory was small and risks dividing our country. We must respect the outcome of the referendum in how we talk about moving forward.

We also have to understand that for many people this was not just a vote about Europe. It was also a howl of anger at politicians and institutions who they feel are out of touch and have let them down. Nigel Farage, Boris Johnson and Michael Gove won this campaign by deliberately deceiving voters. They offered cheap slogans and easy answers that they knew they could never keep. Their hollow pledge of £350 million for the NHS has already unravelled and people will be right to feel angry that they have been let down again.

We must also remember that there are many, many European citizens who have made Britain their home. We are immensely grateful for the contribution they make to our country and we are committed to ensuring they can remain here and feel safe here.

I believe our country’s future is still best served by our membership of the European Union, despite its flaws. Millions of our fellow citizens believe that. I also believe many of those people share our vision of a country that is tolerant, compassionate and positive about Britain’s role for good in the world. They share our vision of a country that wants to repair its divisions by working hard together, not by offering cheap slogans.

That is why I want to make clear that the Liberal Democrats will fight the next election on a clear and unequivocal promise to restore Britain’s prosperity and role in the world, with the United Kingdom in the European Union, not outside it.

At the same time, we must address the difficult issues that this referendum has raised about Europe and our country – but with real answers, not cheap slogans.

Since the result of the referendum became known, thousands of new members have joined our party. I encourage you all to reach out to family, friends, colleagues and acquaintances and encourage them to join us to build that Britain together."